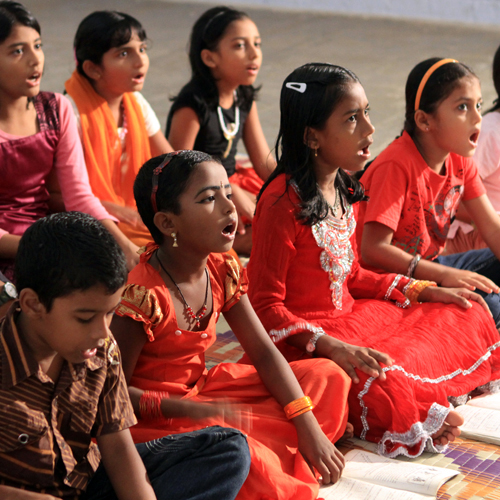 Karnatic music is a system of music commonly associated with the southern part of the Indian subcontinent, with its area roughly confined to four modern states of India:Andhra Pradesh, Karnataka, Kerala, and Tamil Nadu. It is one of two main sub-genres of Indian classical music that evolved from ancient Hindu traditions;. The main emphasis in Karnatic music is on vocal music; most compositions are written to be sung, and even when played on instruments, they are meant to be performed in singing style.

Karnatic music is usually performed by a small ensemble of musicians, consisting of a principal performer, a melodic accompaniment , a rhythm accompaniment , and a tamburu, which acts as a drone throughout the performance. Other typical instruments used in performances may include the ghatam, kanjira, morsing, flute, veena, and chitraveena. The most outstanding performances, and the greatest concentration of Karnatic musicians, are found in the city of Chennai. Various festivals are held throughout India and abroad which mainly consist of Karnatic music performances, like the Madras Music Season, which has been considered as one of the world's largest cultural events.