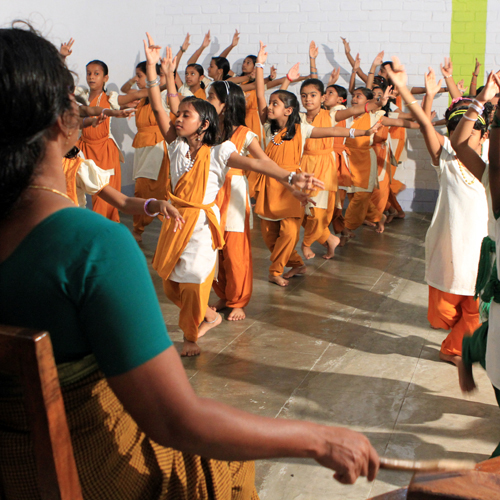 Bharata Natyam is a classical Indian dance form that is popular and nurtured in the Indian state of Tamil Nadu.This dance form denotes various 19th- and 20th-century reconstructions of Sadir, the art of temple dancers called Devadasis, Sadir in turn, is derived from ancient dance in the treatise Natya Shastra by Bharata of fourth or third century BCE

A possible origin of the name is from Bharata Muni, who wrote the Natya Shastra to which Bharathanatyam owes many of its ideas. This etymology also holds up to scrutiny better since Bharathanatyam is pronounced with short (kuril) forms of "bha", "ra" and "tha" whereas each of "bhavam", "ragam" and "talam" contain the long (nedil) forms. Hence the initialization proposed above is more probably a backronym.

Bharatanatyam is a reworked dance-form from the traditional "sadir" known for its grace, purity, tenderness, and sculpturesque poses. Today, it is one of the most popular and widely performed dance styles and is practiced by male and female dancers all over the world